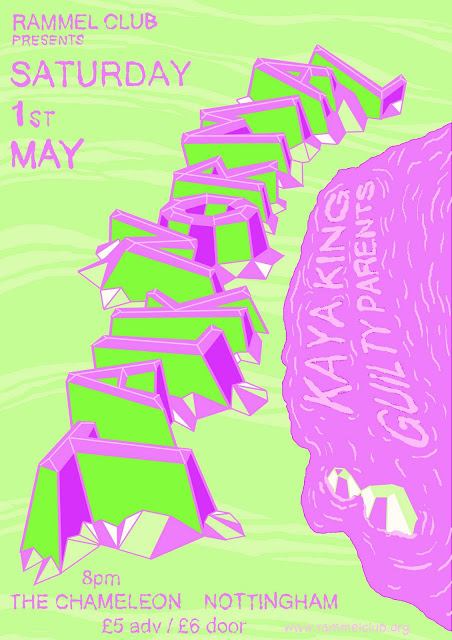 From Brooklyn, USA Andrya Ambro and Sarah Register bring their serrated take on rock to the Rammel Club. I’ve got a friend who lives and breathes no wave, he’s certainly gonna be down the front for these guys convulsing and being all nihilistic ‘n’ stuff. That’s not to say that Talk Normal are living in the past but that they have managed to conjure up the shriek and wail of Sonic Youth and Teenage Jesus and bend it into violent new forms.

"For ass-burning contempo No Wave sludge, nothing has been in higher recent rotation than Secret Cog, the self-released debut CD Brooklyn’s TALK NORMAL. Andrya Ambro and Sarah Register create a feverish hybrid of Lydia’s “crying guitar,” the maniacal yodel-power of Die Kleenex, and the part of the Magic Band the Minutemen also embraced, which probably means the Urinals are a shadow influence. Regardless, the five songs here are totally wired, and just blow away the imaginary competition." – Byron Coley, Arthur Magazine (4/5/09)

Taking time out from the toxic smog that envelops London, Kaya King’s careening avant rock is hurtling towards Nottingham as we speak intent on ripping holes in the listener. Brace yourselves for impact.

Local punkers buried in fuzz and dreaming of the day that The Mummies, Little Richard and The Brainbombs finally share a stage. “No Tuning, No Bullshit.” Releases on Holy Roar Records.