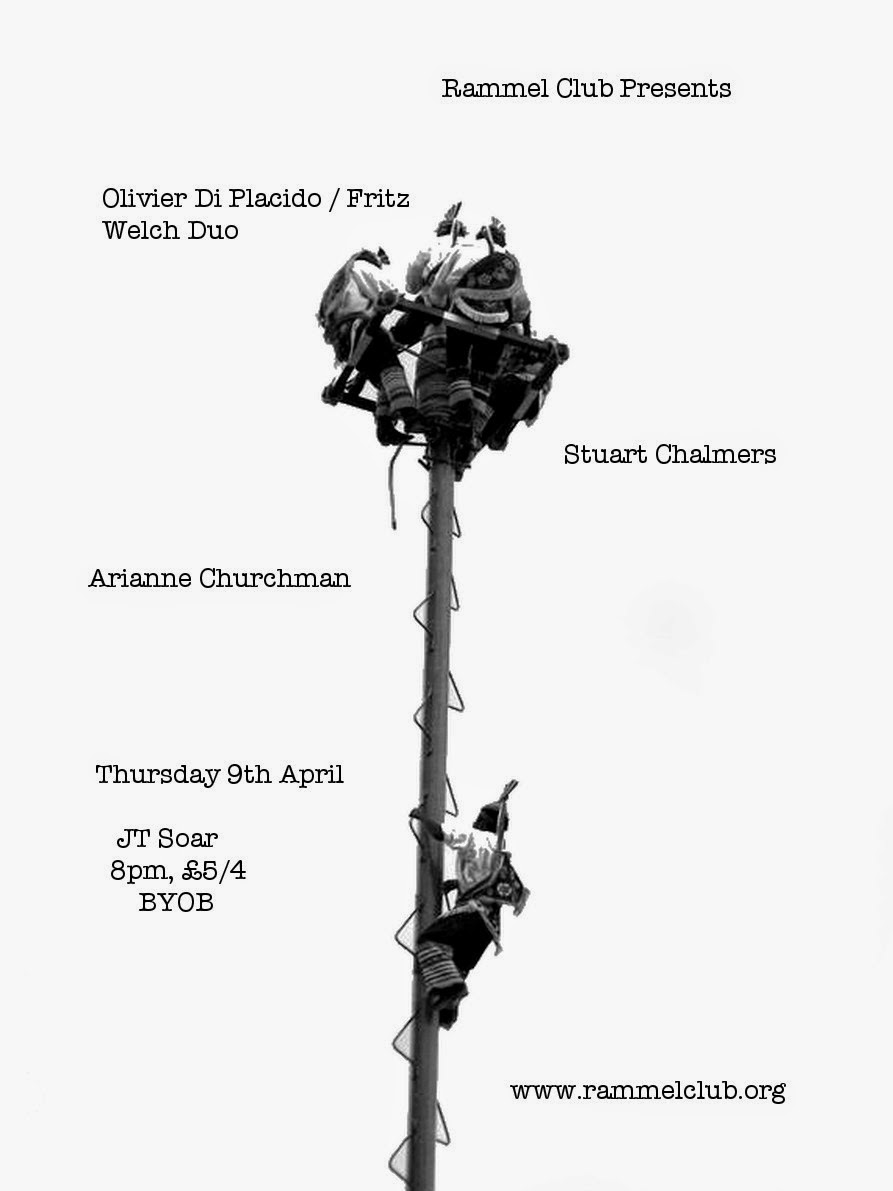 OLIVIER DI PLACIDO is a French guitarist. During the years he has developed an absolutely unique approach to his instrument, being able to play it like a turntable, a synthesizer or a gamelan orchestra. Interested in discovering all the possibilities of the guitar, including the most hidden ones, Olivier has literally invented a new and hybrid instrument, with unfixed neck and moving pick-up.

We last saw him touring with Crank Sturgeon and his completely acoustic show in Nottingham was one of the unexpected highlights of the year.

Bristol based cassette tape manipulator and electronics improviser. Once active with the Oxford and Cheltenham Improvisers collectives.

“The world his music describes is fully formed and the listener’s experience of it is immersive and ego-dissolving but carefully placed ticks – a filter echo, a moment of dictaphonic skwee – bring you back to the surface by foregrounding its artificiality. It’s like a South Sea Islands version of Philip K. Dick’s Time out of Joint. Imagine walking on the golden beach, admiring the dancing palms, looking out over the glassy ocean to the setting sun only for it all to suddenly disappear and be replaced with a featureless white room and a scrap of paper at your feet with the words ‘tropical paradise’ typed on it. As with all the very best stuff: the more I listen to it, the more I want to listen to it.” – Radio Free Midwich

Arianne Churchman is an artist based in Nottingham, her work concerns British folk traditions and takes the form of performance, sculpture and film. Focusing on the para and pseudo historical pressure points found within folkloric acts and material, the work seeks to investigate how we might import and use pre-modern structures in which to create a play space.

She has performed for Marvin Gaye Chetwynd and the Trembling Bells, and regularly collaborates with artist Chloe Langlois. For her performance at the Rammel Club she will be invoking invoking the folklore surrounding black dogs.